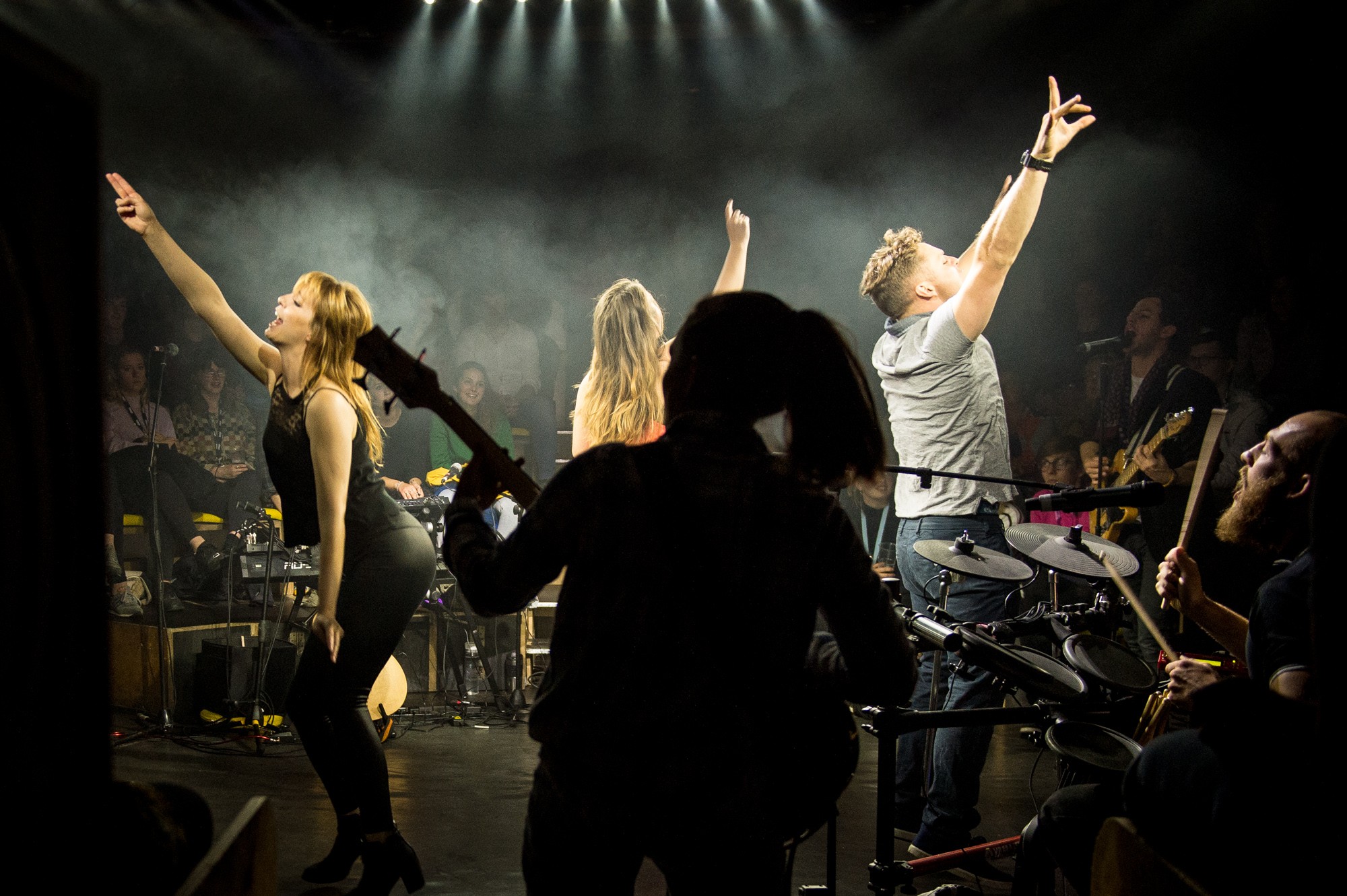 1987. Thatcher has been in power for eight years and Rick Astley promises he’s never going to never give us up.

1997. Seemingly overnight, Tony Blair turns the UK into a meritocracy and the Spice Girls recommend that we spice up our lives.

2007. The Great Global iPhone dictatorship begins and Britney has her breakdown.

2017. Nationalism rises all over the globe. The effects of climate change devastate whole tracts of land. The liberal bubble is pricked by Brexit, Trump, fake news and election meddling. Beyoncé is pop music’s only saving grace.

These last three decades are the backdrop for All We Ever Wanted Was Everything, which this year returned to the Fringe in the Roundabout theatre at Summerhall. But despite sweeping across this tumultuous time, Luke Barnes’ script for Middle Child’s production of this piece of gig theatre is not at all a melancholic affair. The story is a soulful rendering of the coming-of-age millennials Leah and Chris. Both grow up and live in Hull and their lives appears to be charted out at different ends of the aspirational spectrum. Chris is tortured by the big plans his widowed mum formulates for him while Leah’s gruff dad fails to give her any sense of how one could instil meaning into life. James Stayner’s Chris matures from an adorable boy who dreams big to a young man who has come to terms with the harsh reality of lad-culture masculinity. Bryony Davies’ Leah follows the dosh and forgets what it means to be kind. The path from grandiose childhood dreams to soul-crushing mediocracy is paved with bad nights out clubbing and interpersonal cruelty. The show puts the fate of these characters and with them the whole Earth, into the path of a lethal asteroid, personified ethereally by Alice Beaumont. It literally asks, “how can we survive this mess?”

A fresh, loud and pulsing soundtrack by James Frewer, sung and performed on live instruments by the actors, uses pop songs that echo the different eras in which the story unfolds. And these songs do so much more than simply allow audiences the joy of being able to ‘spot-the-cultural-reference’. They fuse spoken word and live gig forms into a new, rough and ready incarnation of musical theatre. Performer Marc Graham, the charismatic MC of the evening (think a young Lou Reed), sexy and confrontational, is at once supportive Earth spirit and judge of the characters’ journeys. Paul Smith’s direction has Graham in everyone’s face and he delicately walks the line between mischievous cupid and dangerous brawler.

2018. What a difference a year makes. In summer 2017, when the show premiered, smashing a world of broken promises and failed aspirations to smithereens seemed like the only viable option. It took the then communal sense of “We’re all doomed!” to literal extremes. A year later, walking past the “covfefe?” coffee shop booth on Edinburgh’s Bristo Square, the show serves as a reminder of how angry and urgent the situation felt just a year ago – and it’s somewhat shocking that within that short period that red-hot anger and confusion seems to have turned into some kind of hazy memory. The shared sense of doom has not been squashed, it has instead become normality. Between echoes of D-Ream and Celine Dion the piece is a thoroughly current, and surprisingly poignant rallying cry for more compassion and love as the antidote against the coarsening of society.