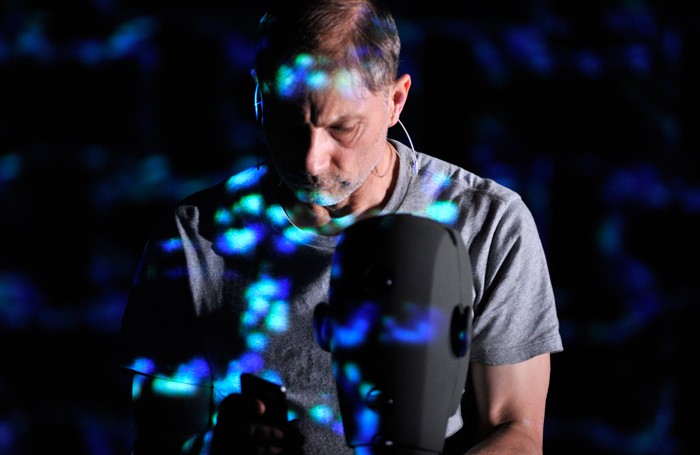 This is just a quick note after reading some of the reviews for The Encounter. There are at least two pieces and quite a bit of social media buzz accusing Simon McBurney’s piece which he loosely adapted from Petru Popescu’s book Amazon Beaming of white blindness for colonial issues. One is Michael Billington who in passing throws in a reference to Rousseau which one can only assume is an allusion to the idea of the ‘noble savage’. And the other one is the infinitely more carefully considered review by Stewart Pringle in this Exeunt piece which somewhat bafflingly concludes that McBurney “has failed to interrogate his own place within that narrative.”

First, it appears the first mention of ‘noble savage’ has been falsely attributed to Rousseau for hundreds of years and likely first occurred in a play by John Dryden called The Conquest of Granada from 1672. And although Rousseau might haven written some weird things about the innate goodness of indigenous people, recent researchers aren’t even sure whether European enlightenment philosophers ever really thought that the term was more than a working hypothesis.

Now, I read Stewart Pringle’s argument in the way that the show is somehow a problematic spectacle of white man’s colonial phantasy played out and bombastically hidden under ‘state-of-the-art’ technology. But I’m actually convinced that the argument goes exactly the other way round. The Encounter is about a colonial narrative BUT this is then filtered through narrative deformations and this incredibly sophisticated technological setup. It’s not simply trying to redeem itself or haze our perception of something problematic at its core through technology; it’s making a deliberate point of it. Basically what’s being flung at the show here is the accusation of stereotyping as practice for our own self-assurance, a.k.a. Othering. From a position of mismatched power and as a fantasy fulfilment the other culture is fetishised as an object so that our yearning to reach beginnings can be told. Let Stuart Hall explain this a bit better: “Stereotyping as a signifying practice is central to the representation of racial difference. […] Stereotyping reduces people to a few, simple, essential characteristics, which are represented as fixed by Nature.”

And boy, it’s good to be wary of these things yes, especially since we’re moving in such a white critical scene, there’s always a bit of insecurity when discussing narratives about non-white indigenous people. Hell, even writing that sentence I went back three times to make sure I wasn’t being offensive. And that’s a good thing. Checking privilege, being wary of theatre that threatens to fall back into colonial narratives, that’s exactly what criticism should be doing.

Only The Encounter is really not that kind of show and it’s not as problematic as it is made out to be. There are fleshed out characters which communicate with each other (however difficult it might be to characterise that communication) and they go through stuff together and it’s tense and weird and then an artist comes and feeds the whole thing through a meta-theatrical grinder. And it’s stunning and exhausting and baffling but it’s most definitely not unexamined privilege or racist (if well-meant) stereotyping.

I think it’s so fitting that in one discussion on social media Simon McBurney’s torso came up because that’s the moment that rattled me. At one point, the performer takes off his cap, shoes and T-shirt and puts himself symbolically closer to this construct of Nature that we have. And what happens is that I get thrown out of the whole experience. My head starts whirring “ Is he allowed to do that in that context, is he allowed to do the druggy indigenous dance on stage?” That’s quite literally the embodiment of self-awareness, this white man’s torso, his body in the space has become the spectacle. What’s fetishised is the technology not the cultural setting or the people. The technical mediation deliberately moves the problematic Kurtzian journey of the photographer McIntyre into the Amazonian river delta away from the dangerous reduction of indigenous people to noble, impenetrable, ‘at one with nature’ creatures.

This is not one narrator in control of the unfolding of the story, it’s an array of decentred bodies (a photographer who told the story to a journalist which is then picked up years later by an artist who transforms the work and injects two further time levels) carefully unmoored from a fixed identity and power position and then on top they’re strewn across time which on top of that are then technologically mediated. That’s an alienation to at least the 5th degree, don’t tell me it’s the Mayoruna people that are being Othered here.

Look, all I’m saying is that I am convinced that you actually can tell stories about indigenous people from this perspective. For sure, there is a softly whispered apology for the Western impact on the Mayoruna people’s land but are the indigenous people merely ‘used’ as a vehicle to tell a white man’s story of colonial guilt? I don’t think so. The place of the creating artist is very well considered in this piece.

I’m not saying that I loved it, in fact it overwhelmed me fairly quickly, and yes I found it too long but I also don’t have to love a piece of theatre if it does the thing it wants to do in such a considered way.

Oh and I’m sure I missed out all the whacky things about time and communication but there’s no way I’ll be able to say anything coherent about that without being able to look into some form of script/recording of it.